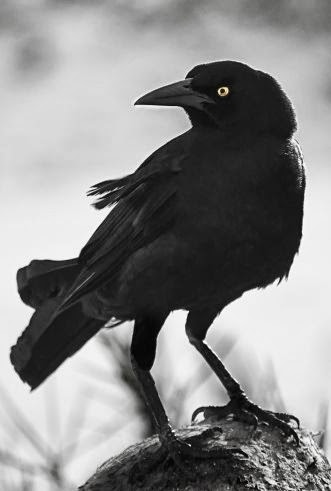 Posted by Cassandra Was Right at 1:53 PM No comments:

I have been wanting to let you know
the goose is well he is here with me
you would recognize the old migrant
he has been with me for a long time
and is in no hurry to leave here
the wars are bigger now than ever
greed has reached numbers that you would not
believe and I will not tell you what
is done to geese before they kill them
now we are melting the very poles
of the earth but I have never known
where he would go after he leaves me
Posted by Cassandra Was Right at 4:59 PM No comments:

Makhawis married the love of her life without ceremony. He was already king of Elis, so she packed her women, her possessions, and the Herakleid Shaman onto boats and then carts and carried them to that place.

When she arrived, she climbed down into his arms and said, “You are my husband.”

She said, “Then I am home,” and that was all there was to it.

Before she came he had already put down the only attempt at insurrection. With his hands still bloody from the slaughter of his challengers, he had called the key survivors together. They came sullenly and warily, expecting punishment. Instead he told them that he didn’t care what they thought of him or what they had done or tried to do against him as recently as this very morning; that was in the past.

These were the absolutes, he said: he would be king; a son of his would follow him. Everything else was open to debate. Every one of them, even the leading plotters against him, would keep his allotments and privileges. He had brought no one to displace them, and didn’t want to disrupt them further anyway. Who would serve as his dimos council, those he would depend on to advise him? After some hesitation, hands began to rise and his people settled into their future.

He was a better king than even she had imagined he could be: patient, prudent, steadfast, fearless, far-sighted, ruthless when he had to be, unstinting in the service of his people, ambitious only for their security. He released them from servitude to commerce that had produced warehouses full of low-quality foodstuffs that were perishable, plagued with vermin, hard to trade for profit in the best of times and completely unmarketable now. Instead he encouraged them to plant and raise the foods and animals that best suited each piece of land. Suddenly it was no longer impossible for a man to feed his family. He made peace with his neighbors while still showing a formidable enough face at his borders that even the most aggressive immigrants passed Elis by.

He encouraged his wife to expand her women’s industry. Eventually this embraced a vast web of wives and slaves who worked in their own homes while still tending their families, yet produced goods of such quality that they were coveted throughout the world even in the edgiest of times, and whose trade the king’s clerks – under his vigilant eye – managed for the benefit of the whole nation. When commerce lines broke, as they often did in those times, Elis still ate, stayed warm, was clothed, defended itself. The trade goods could be held for years, if necessary, until markets turned favorable again.

The people learned to treasure this king. He had come to them already aged, and they did not want to lose him a day earlier than necessary. So while he nurtured them, they nurtured him. they all helped his wife to assure that he ate well, stayed warm, and saw the Shaman with every ailment, however trivial. They did as he asked without arguing, respected the goods he got for them, never abused privileges, solved their own quarrels rather than dragging them before him, gave freely the modest tariffs he asked, let ancient grudges go. They referred to him in three popular figures of speech: “Younger than the king,” meaning extremely old, “As dull as the king,” meaning exceptionally intelligent, and “When the king laughs out loud,” meaning never.

He gave his mind and body unstintingly to Elis; his heart, however, he gave to his wife. He no longer required solitude to renew his spirit. Time alone with her now fed that need.

She slept beside him every night, always stunned with wonder to wake and find him perhaps still sleeping, perhaps awake and silently watching her, perhaps already risen and gone but leaving his scent behind on the rumpled pillows. When he worked late, he would suggest that she sleep with her women; he didn’t want to wake her when he finally came to bed. But she cherished – as he did – those private times together. And she knew something he didn’t know: he would not die on a battlefield, of an accident, of drought, hunger or illness. He would die in his sleep some night, perhaps decades from now, perhaps tomorrow, and she had to be there to mark the moment when he left her.

For the first time in his life, he finally believed that he was both valued and needed. He showed that belief by the simplest and most complex of actions: he retired the gray horse, and traveled instead in an elegant chariot drawn by a pair of tall, gentle mules and handled by a young but very stolid driver. The days of thrilling and perilous riding were over. He had responsibilities.

In the care of all those who loved and needed him, the harsh planes of his face filled and softened. His stiffness eased; his knees and hands limbered again. He became ageless. After a decade, after two, he looked no older to his wife than when she first had seen him. Only his hair and mustache were pure white. She knew that women still watched him, still murmured about him, and she was proud. She knew that men still watched her, and she was proud. She was proud of the children she had given him, one after another as quickly as she could before she left her breeding years behind. He had thanked her solemnly for each of them, and they climbed on him, followed him, fed him grapes and nuts with tiny fingers and slept fearlessly in his arms. His daughters took to their mother’s work early and skillfully. His sons went cheerfully to their fostering and returned as admirable young men.

He never told her that he loved her, only looked at her sometimes with a gravity that made her throat close and her eyes brim. He did not have to speak. She knew herself completely beloved, and knew that she bore herself with such an air that no one who saw her would doubt her value to her husband, and his to her. For all that men and women bragged about sexual conquests, the king’s people respected the two of them all the more for their silent love for each other, and their faithfulness.

They were married many years when he was finally able to acquire a minstrel she had long coveted. He gave the man a warm room, a bed, as much food as he cared to eat. He sent for the minstrel’s people – five gaunt, motherless children – and gave them clothing, places at table, and work to do.

From gratitude the minstrel created a completely new song, not about a known tale, not about deeds, but about love. It spoke with the voice of a man addressing a woman in images of stars seen through dark leaves, fish gliding in water, a jealous moon. In its abstractness, the song nonetheless revealed so exactly the king’s unspoken feelings for his wife that halfway through its first recital the king did that thing his people knew so well. He closed his eye and his face went completely blank. At the moment he did this, knowing he would do it, she took his hand.

Later, when dinner was over and the king was performing his obligatory passage among his guests, she went to him and touched his sleeve. She spoke his name quietly, to draw him even closer. When she felt his breath on her cheek, she murmured, “Keep him anyway.”

He did not answer, but she knew he had heard and would do as she asked. Despite the brief peril of which he might never be aware, the minstrel was safe for life.

She finally understood how dreams could make a person so near to mad. It was not monsters, horrors, threats, fear that made dreams unbearable. It was truth.
Posted by Cassandra Was Right at 5:35 AM No comments: