Yesterday, went through and edited the first ten pages, decided to hate it for its inaction and lack of dialogue. Despaired.

This morning, went back through and edited again, decided to love it because it sets up everything tersely, complexly, and subtly. From now on, everything that happens for several hundred pages flows from this.

Wonder, very briefly, what normal people do on perfectly ordinary days like these. I have no idea. 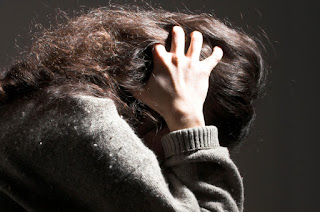 Now stop whining and get to work.
Posted by Cassandra Was Right at 6:11 AM No comments:

The writing group might want to draw and quarter me over this, but I like it: changing all the proper names to near-proper Greek, and subjecting them to Greek syntax. So Ajax is Aias, but when addressed by name is Aia. Troy is Troia, a person who lives there is a Traoianos but is addressed as Troiano, the people who live there are Troianoi. Agamemnon is Agamenonos, but is address as Agamemno. Hah!

I hesitated to mess with possessives, as that required restructuring the sentences in which they appeared, making my casual, contemporary language suddenly stilted: Instead of "Agamenonos' wife says..." it had to be "The wife of Agamemnonos says..." or some other structure. Anyway, I gave it a try.

What this did is something I did not predict. Until now, I've been bugged by how ordinary the narrative voice of this story is. This extremely simple Greeking has, just by itself, contributed a touch more flavor (ala Peryton) of strangeness without having to do it so deliberately that it sounds like TV quality pseudo-archaic. 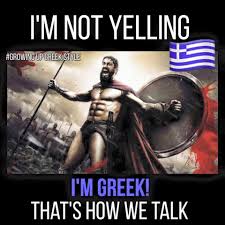 Posted by Cassandra Was Right at 12:39 PM No comments: