Every published iteration - and there have been SO many of them - of the Iliad has been deadly bland in the area of cultural understanding. The problems, the dilemmas, the disagreements, the gut-level understanding of the world and how it works have all been modern, clean, first-world issues.

But what if the Iliad took place in a wholly Other world, one so foreign that it could be a different planet circling a different star? One in which people's understanding of one another and all that surrounds them is utterly unlike those that we wake up to every morning? One that is truly more than three thousand years old?

I often claim that historical fiction and science fiction are - or should be - twins. Both take some things that we know for sure, accept the rules that accompany those things, but then spin them into a wholly new pattern. The best scifi does that delightfully; 99% of historical fiction does not. It simply dresses ordinary 'today' people in funny clothes, takes away the iPads, then dumps them into what are really modern beliefs and problems.

I have long, long known some interesting Greek behaviors, but - to my intense discredit - did not put those together with much broader, much older, cultural understandings and actions that reach far into both the historical and the physical past. Luckily, I stumbled onto a book that led to another that led to another, and now those interesting quirks carry a whole culture with them and color even the most casual glance at Homer with chilling other-ness.

There is almost nothing that's as interesting as turning over rocks to see what's under there... 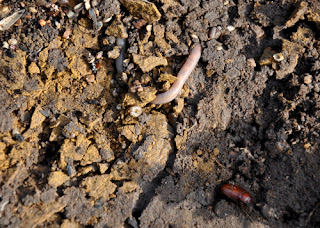 Now to explicate that!

Posted by Cassandra Was Right at 9:13 AM No comments: