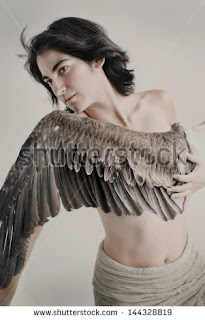 Posted by Cassandra Was Right at 6:59 AM No comments:

Gods And The Devil

Some have expressed surprise that I'm not including all the busyness of the Greek gods in my retelling of the Iliad. Any desire to fit them in is awkward and feels irrelevant; too much of what they're up to has little bearing on with what men and women are doing on the ground. "A god made me do it" has little resonance with a more modern reader.

This idea, however, prompts some deeper thought. In Ruin the Sacred Truths Harold Bloom explains how difficult it is to reconcile the monotheistic Yaweh-based religions that require absolute submission to authority, such as parents and God, with the Greek logic that expects nobility to arise from within and be expressed through original, logical, voluntary behavior. That Greek attitude also allows the individual to interact and negotiate with gods, the way that Hinduism allows, rather than simply do as he is told.

The Devil, Satan, whatever he/it is called, represents the individualism that the Yawehists warn against. Perhaps free will. No wonder God is under siege from atheists. Why, many ask, give us a brain if we're not supposed to use it?

Posted by Cassandra Was Right at 4:59 AM No comments:

Currently on the third serious rewrite of Warrior's opening. Finally closing in on the issues that will shape the rest of the story. The Tyndareus Oath: what it intended, and what it did instead. It was meant to temporarily quell squabbling between Greeks. Instead it created World War -I. So Odysseus didn't just outsmart himself; his hubris plus Fate outsmarted him and everyone else.

Most people who think of the abduction of Helen and its aftermath, think of this: 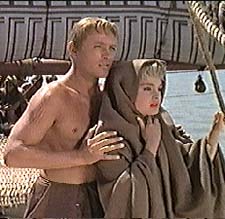 But what, instead, about this? 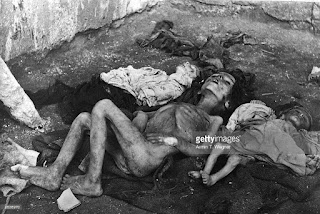 Which is the story most worth telling?


Posted by Cassandra Was Right at 8:10 AM No comments: