Writing Fighting (Which of You Guys Isn't Busy Right Now?)

At the battle on Telegraph Hill, Robert E. Lee supposedly commented to James Longstreet, "It is well that war is so terrible – otherwise we would grow too fond of it."

I  have not a single moment's experience of any kind of physical fighting, I can use a gun but never shot anybody. Never hit anyone very hard.

Even so, I find writing individual fights and larger group battles exhilarating. 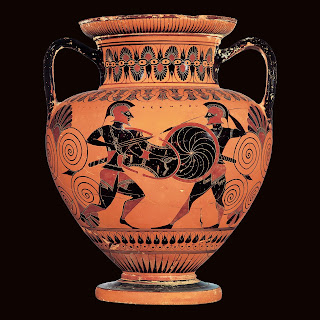 It's all in the choreography. Monique taught me that, when writing any kind of physical interaction between characters, is is essential to get up and perform it - away from the keyboard, in the round even though only in my study or living room. One can't do that with an actual multi-party battle, but even so it is SO much fun to lay it out step by step, keeping track of every person or group, keeping them all busy at once, making them work in a kind of harmony.


I have rarely had as much fun as I did in writing the battle at Rhion. There were moments when I realized that somebody had to do a particular thing. Okay then, I cast back: who is still alive and nearby? What did he just do? Is he available to do this now? Would he do this? And then, how does he do it?

Sad to say, most writers (especially HF for some reason) purposely claim on behalf of their characters that a battle goes by in a blur. Sorry, but if an armed and armored warrior can't see very clearly what's going on around him, he will not survive that chapter, let alone the rest of the book. And if a writer is THAT lazy, I don't want to encourage his half-assed-ness by paying for his book.

There is just about no excuse for a writer not to know (meaning not to bother to learn) how weapons are handled and how they work...Not just in art, like the pot above, either; many of those were drawn for drama rather than accuracy.

Learning about this used to be difficult, but so what? There is no excuse. It's the writer's job to know what s/he is writing about. And these days it's dead easy to learn. That's why God gave us blogs and YouTube!
Here is just one link.
And here is one of my favorites

Beware, as always, of videos that show all the same trite errors as bad HF writers, TV and movies, and re-enacters make.

Posted by Cassandra Was Right at 6:35 AM No comments:


The old man says, “Drink this.”
I never questioned him before, when both of us were younger; me in my final sprout of youth and first bud of manhood, he in his pride and his prime. I don’t question him now, but see nothing here to drink, just bare uneven shelves chopped into a wall of unworked stone, even those hardly visible in this dim sourceless light.
His front hoof – he always used the left one first – raps and slides on the rough rock floor.
I curve my hands and fit them together. There is nothing in them, and then they are full. The drink feels neither cool nor warm. I see nothing, just bear its weight. I smell nothing, not water, not tea, not mead, not wine.
He doesn’t have to repeat the order. I raise my hands, fit my lower lip and the tip of my tongue into the vee of the joined heels, and tilt it up. A shallow eddy flows in. I tip my hands away, close my lips and swallow. It tingles like vinegar would, all the way down.
I am not breathing, so taste nothing. Lift the hands again, admit a trickle, swallow. Swallow. Swallow again. Swallow again.
I hold a final trickle in the cup of my tongue until enough collects that it can be swallowed. Licking the creases of your palms for the last of a drink is vulgar. I just lower my hands and open them. Don’t even shake them clean, as one would with any other drink. Run my tongue around the inside of my lips, top and bottom. Swallow.
He says, “Good.” The strongest praise he ever gave.
Posted by Cassandra Was Right at 6:35 PM No comments:

Truly, I could continue to dither and fiddle for months, but what's the point? The only one who would notice any of the miniscule adjustments I still feel compelled to make is me. My editor, Michael, has heartily approved #1, and I sent proof copies of 2 and 3 to him on Friday. With his okay, and with any final-final adjustments he might suggest, I will kick the baby birds out of the nest at last. 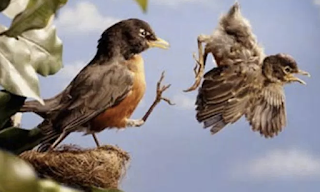 Michael has #4 to edit, so it will be a couple of months before it is ready for the wide world. But in the meantime, there will be ..... 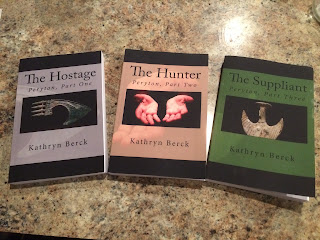 Posted by Cassandra Was Right at 4:55 AM No comments:

Junger On Soldiers and 'Success'

In the wonderful book "War," Sebastian Junger vividly explicates the differences between soldiers who succeed on base and in the Pentagon, and those that succeed in the field. At the most basic, those who fight well and stay alive tend to not give a crap about tidy bootlaces and tucked-in shirttails. 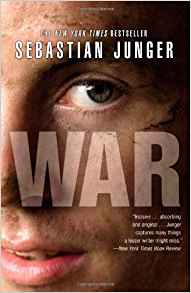 Understand, these soldiers don't succeed because they are untidy, annoying, and contemptuous of authority. They succeed because they are untidy, annoying, contemptuous of authority, ferocious, sarcastic, clear-eyed, fiercely loyal to one another, and totally willing to shoot other people if and when necessary. It's a package thing.

Posted by Cassandra Was Right at 4:46 AM No comments: